Take That for Charity 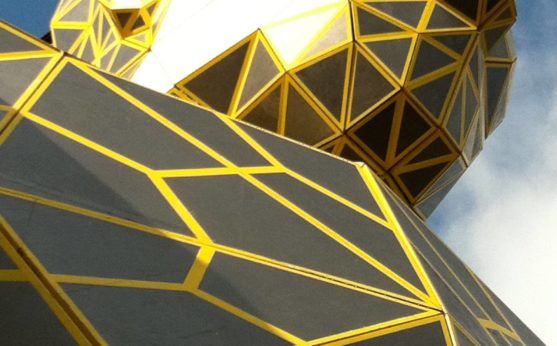 It has toured Europe with one of the world’s most famous bands in history, but the iconic Big Man statue from the recent 2011 Take That Progress Tour made one final stop in Blackpool where it raised over £13,500 to support local adults and children being cared for by Trinity Hospice and Brian House Children’s Hospice.

This generous donation was only made possible thanks to local resident, Simon Rimmer, who toured with the band, and was involved in the construction, dismantlement and safe transport of The Big Man, which was designed and built by Total Fabrications. The Big Man (not to be confused with OM the mechanical man that stood up for the finale) spanned 200 feet across the top of the stage looking down on Take That from above for the duration of the show. Once the tour came to an end in August Simon approached the production company who had organised the 36 date tour, who kindly agreed that he could arrange for it to be sent to Richardson Tractions Yard in Fleetwood, where it would be dismantled and separated in order to recycle its valuable metal in aid of Simon’s local hospice, Trinity.

Simon Rimmer said; “Living so close to Trinity Hospice I know firsthand, the wonderful work Trinity do and how they support the community. Once I heard there were no plans for The Big Man once the tour was over I was determined to make sure it didn’t go to waste. I am proud I was able to save it and that the money raised has gone to such a worthwhile charity”.

Linzi Young, Fundraising Manager, said; “We are absolutely thrilled that Simon thought of us for such an amazing  opportunity and I would like to express a huge thank you to the production company, Simon, the entire team and of course Gary, Howard, Jason, Mark and Robbie. It’s hard to believe The Big Man travelled through Europe, was seen by hundreds of thousands of fans yet eventually made its way to Blackpool!  We would like to reassure all Take That fans he’s been put to good use – helping to support the services and care we offer to children and adults affected by life limiting illnesses in Blackpool, Fylde and Wyre”.

In addition to the donation, Simon also provided Trinity Hospice with a unique piece of the famous “Big Man” structure for them to auction off, along with a selection of Take That merchandise, which includes a crew t-shirt, limited edition Take That branded Dunderdon Parka jacket and a Progress Tour cap.

This unique collection is going to be auctioned online to help raise further funds for Trinity Hospice and Brian House Children’s Hospice. If you are interested in placing a bid please Click Here. The collection will also be available for viewing and bidding at this year’s annual Trinity Hospice Ball, taking place in the prestigious Blackpool Tower Ballroom. If you are interested in attending please call the Fundraising Team on 01253 359355.